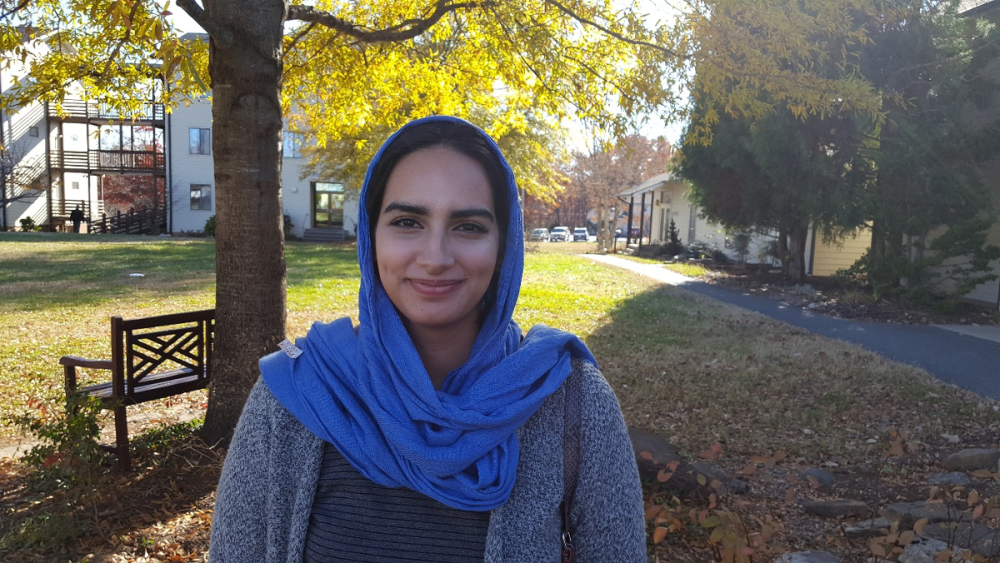 I still remember the day I discovered SisterMentors. I was 9 years old, and curiosity at that time played a significant role in my life.

It was a beautiful spring day and I was spending it at my local library. I noticed a lot of commotion in the community room and could hear chatter and laughter. Peeking through the glass door, I was completely fascinated. It was all women and girls of color passionately engaging with each other. Finally, I noticed one of the girls was a school friend named Lidia, and when she quickly stepped out to use the restroom I confronted her, ready with a bucketful of questions.

“What are you guys doing in there?” I asked.

“Well, those women in there are mentoring us girls.” Lidia said.

“Mentoring? Like what?” I responded. My measly nine-year old brain couldn’t understand.

“They are making sure we have good grades, doing our homework, going to bed early, stuff like that to make sure we get into college.”  Lidia said.

I could barely contain my disappointment. Back then I liked to keep things that dealt with school during school hours, homework barely made that exception, and there was no way I was going to do “school things” on a Saturday!

I was about to turn around and walk away when Lidia said over her shoulder:

And that right there was the birth of my relationship with SisterMentors, one that would continue on for the next 10 years and is still a huge part of my life today.

The older I was becoming, the more I started appreciating the welcoming safe space of our mentoring sessions, and the more I was interested in my mentor or Dr. Lewis’ advice and opinions on matters in my life. I can always count on SisterMentors as a safety net outside of my parents – older and reliable women of color role models who truly had my interest in mind.

Each year in SisterMentors, we went on these wonderfully informative and fun trips to a variety of colleges. And when I say variety, I mean big campuses, small campuses, far, near, private, public, all women, mixed, and every type of college you can think of. By the time I was in high school I knew exactly what kind of campus environment I could see myself in and what I was comfortable with. Not to mention it was amazing creating wonderful bonds with the younger girls in the program during these trips.

The college experience seems to be a movie trailer I’ve been repeatedly watching, courtesy of SisterMentors Studios, for the past decade and now I am finally at the door of the cinema with my ticket in hand.

Ever since I was a child the idea of institutions representing and governing a certain population intrigued me. From the lavish monarchs in the fairytales I read to real world leaders I saw on TV, I was always interested in the choices they made and the public’s reaction to those choices. I remember having long conversations with my father about the war in Iraq, and as I grew up this early form of political dissent translated into political participation for my school and community. As someone very progressive, I believe studying Political Science will help my future pushes for policy that will help our nation to grow with morality.

I am exuberant for this new chapter of my life.  I am looking forward to every piece of knowledge I will learn, every memory I will make, and even all those pesky challenges that will help in my personal growth. Above all, I am comforted by the fact that I will have the SisterMentors support system to follow me on my journey into Higher Education and help me deal with said challenges.

I love the term feminism. Feminism is believing women deserve equality politically, economically, and socially. Ironically, people tend to associate feminism with extreme images when, in reality, many of us inherently believe men and women are equal. Ideally, everyone, both men and women, would support one another and push for women’s rights and equality. Ideally, women from all racial and economic backgrounds would look out for each other because of shared oppression. But this is not an ideal world, and because my skin is a little darker, there are mainstream “feminists” who couldn’t give a care about my human rights.

There are women passionately complaining about the media’s treatment of Hillary Clinton while other women are passionately complaining about minority women in prisons not receiving proper medical treatment. A white women’s 80 cents to a man’s dollar is another woman’s 63 cents to a man’s dollar. There are women of Hispanic heritage making 46% less than a white man for the same job. Yet, many “mainstream” feminists only worry about their pay gap and brand it as the official disparity between men and women’s income. That is why I sadly cannot only call myself a feminist and though intersectional feminist is a mouthful, it gets the message across pretty well.

More people ask me why I specify what type of feminist I am because intersectional feminism is inherently feminism. In fact, it is redundant because feminism is for everyone.  Unfortunately, due to many white feminists who only apply their feminist beliefs to themselves, real feminists need to reaffirm their intersectionality. The goal is to push intersectionality so much that people respect a woman’s choice to wear the Hijab and also respect if she wishes to unveil. I am an intersectional feminist because I believe minority women are just expected to rally behind white women’s “feminist” protests without any type of recognition of our differences. This must change.